Is data possession itself enough to make the right decisions? “Having information does not mean knowing” – information must be properly communicated, in due time and to the right people.

Every enterprise has a huge amount of data. Collected in ERP systems, Call Center, billing, accounting department, personnel department, manufacturing department, it is used for operational activities and is the basis of reporting. Properly linked, processed and interpreted, it can be an additional source of knowledge that may suddenly change your approach to business.

To illustrate the problem, I will use an example which was presented at one of the conferences several years ago by Szymon Słupik, then the head of consulting of the Polish ERP system.

In January 1986, the famous tragic catastrophe of the space shuttle called Challenger took place. In the 73rd second of the flight, the space shuttle unit exploded, all members of the crew died. What happened?

The space shuttle is put into orbit by a unit of two auxiliary motors. Powerful cylinders are filled with several hundred tons of fuel burned when battling earth gravity. The rockets themselves are made of segments and are only folded at the place of launch. Thanks to this they can be transported. Individual segments are connected with special sealing rings. It was precisely the failure of the ring that led to the catastrophe; as a result of its damage and high temperatures, a flame appeared, which caused the tank explosion. The investigation showed that the reason for this damage was low temperature before the start. It caused icing on many components and weakened the material from which the rings were made.

Could this have been foreseen? Did NASA have data suggesting to cancel the flight due to bad conditions?

It is clear from many indications that the answer is YES. Moreover, NASA possessed the data which indicated that the catastrophe was almost certain. Here they are: 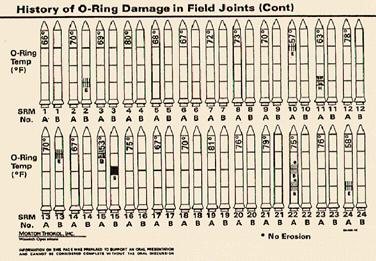 This is how the impact of temperature on failures of sealing rings was presented: And it is hardly surprising that even though this report laid on the flight controllers’ desks before the launch, no one made a decision to stop the flight. Because it is completely unreadable. After the catastrophe the same data was presented in a “slightly” different layout:

The chart shows the impact of low temperature on ring failure. Let's add a line trend and let's clearly define what temperature was in Florida at that time. On the basis of the same data, we receive a report which when laid on the desks of the right people before the launch would have to cause confusion: ...

Challenger had no chance in availing the fall...

This is a drastic example in which the form of presentation of information affected the lives of people. In everyday business, it can only affect profits, profitability or cash flow. Still, it is worth taking it into account.

Many times I have encountered cases in which in-depth analysis of the possessed data diametrically changed the view of the actions carried out. And this time, there is no need to look for examples in NASA.

Examples may be multiplied. All decisions are based on knowledge. The more complete it is, the more accurate the conclusions that can be expected. Management is the art of acquiring information and making good use of it. Therefore, to manage, one needs to have knowledge. Intuition, accounting and experience are very useful here, but in the age of global competition, they are no longer sufficient. With IT systems, we can receive highly processed data which make it possible to instantly detect opportunities and threats.

May you make only good decisions in the New Year. 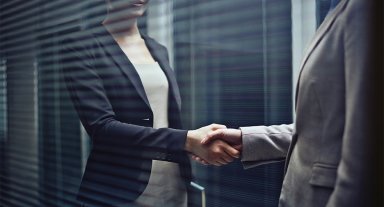 How to have an IT system implemented.
Knowledge base 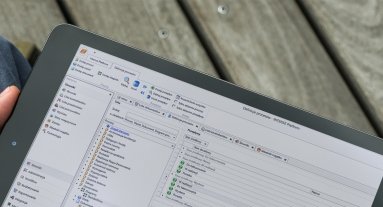 CRM and Controlling
Want to know more?
Explore our offer Our customers Who we are
Contact us