The second half of 2016 was a period of hard work in INTENSE Group, the result of which is another version of INTENSE Platform.

2016.3 version, the premiere of which took place on 01.12.2016, brings a number of changes in relation to its predecessor. Within the framework of development works, many novelties and improvements have been added, resulting in facilitating daily work with the system, as well as other configuration possibilities. In addition to the entire range of small improvements, practically in all modules of the system, it is worth paying attention to the selected elements which improve the possibilities and comfort of work with the system.

Signing in with launching the selected functional areas – ADMINISTRATION

Along with the 2016.3 version, the administrators of INTENSE Platform will have the ability to determine which tabs from the modules available are to be automatically opened after a given operator signs in to INTENSE Platform. Together with launching the system for persons, who use in their work a few strictly determined modules, the selected elements, e.g. Inbox, Document list, Projects, etc. are automatically opened.

To add to the changes concerning the settings of the mail profile, it is now possible to handle e-mail messages using the EWS service (Exchange Web Services). This is another method of communication with mail systems available in INTENSE Platform. Also, the preview feature of generated documents has been introduced in the system, based on e-mail messages, which significantly facilitates work.

To meet customers’ expectations, the latest version of INTENSE software has the feature of layouts on a project tree, operating on the same principle as the layouts on a document list or inbox. Starting with version 2016.3, the features of searching for elements in the project tree by number, name, contractor and status were extended.

One of the latest improvements introduced to the Platform, process diagrams, was equipped with the possibility to export the designed diagram to one of the four image file formats. .png, .jpeg, .bmp, and .gif.

The listed changes are only a part of the novelties introduced in our latest version of INTENSE Platform software. Check out the list of improvements introduced in version 2016.3! 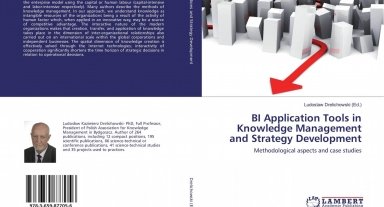 Scientific publications with the participation of INTENSE Group at Amazon.com!
News 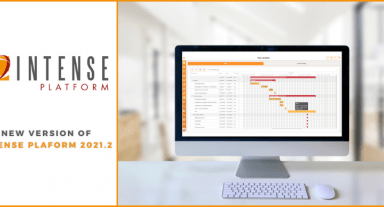 New version of INTENSE Platform 2021.2
Want to know more?
Explore our offer Our customers Who we are
Contact us